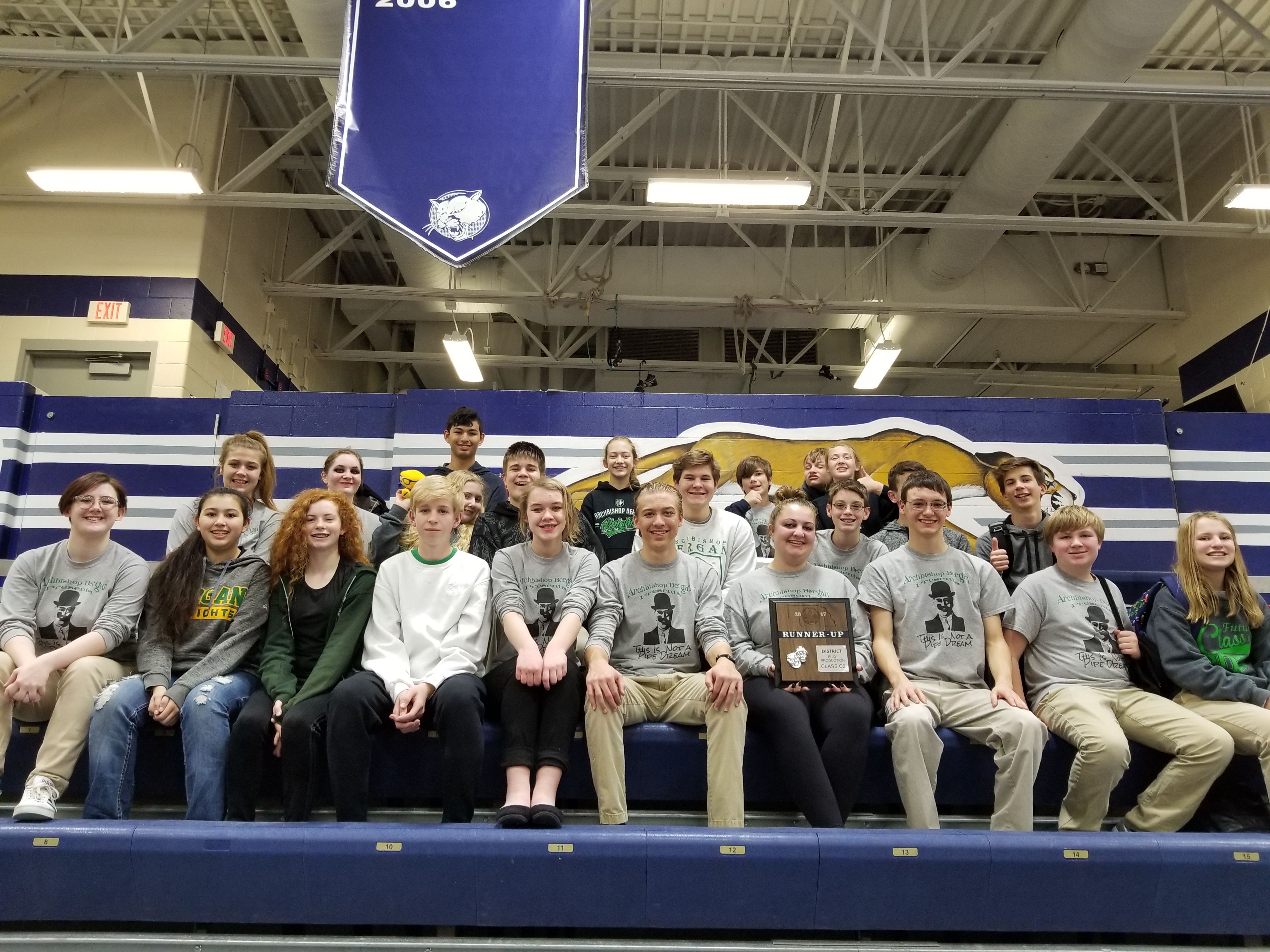 The Archbishop Bergan One-Act finished as the C2-2 District Runner-Up Wednesday, November 29th at Cross County, earning its first District plaque under new director Chris Kabes. “We chose a challenging script this year, and both the cast and crew worked hard to perfect as many details as we could” Kabes said. “When you have high schoolers who are willing to come to rehearsal at 6 am on school days, you know you have a special group Their dedication throughout the season was the key to our success.”

The play, entitled This Is Not a Pipe Dream by Barry Kornhauser, centers on the life and works of painter Rene Magritte. “The show takes on an abstract feel just as many of Magritte’s paintings did - the whole thing has a dream-like feel to it. The author has tried to lend an explanation to some of Magritte’s works by re-imagining moments from the artist’s young life.”

Three Bergan students were selected as outstanding performers by the judges: Freshman Angelee Rump, who played the narrator; Sophomore Brandon Wiesen, who played Young Rene; and Junior Garrison Mendlik, who played Magritte’s father. The judges were also impressed with performances by seniors Brett Hilbers and Bryanna Hapke, and remarked that the school’s technical crew hit a ‘home run.’

“There was a line in the show that bears repeating - ‘Theatre is collaborative, it takes the hard work of many.’ And that’s so true this year,” said Kabes. “From the 24 students involved, to the efforts of our assistant Joy Clements, to the many parents who were willing to help us out along the way, it was truly a team effort.”

Each of the 3 District judges awarded Bergan 59 out of a possible 60 points, for a total of 177. District Champion Cross County finished with 178 to earn the District Championship and qualify for the State Competition, held next week in Norfolk.

The team will now turn its focus to Speech season. “We have a strong core coming back for Speech, including 2 returning State qualifiers, and one student who competed at nationals last May. So we’re excited to get back to work and see where we can take this program."